AR: the next big thing

Tim Cook during a recent visit to Dublin:

“I’m excited about AR. My view is it’s the next big thing, and it will pervade our entire lives."

AR—augmented reality—is pegged by many as the next disruptor in technology (and, more generally, life). What may seem as a gimmick is already a multi-billion dollar market, but what AR will be for the consumer in the future is still to be concretely seen and decided.

Today it exists through phones and tablets, but holding a device in an unnaturally high position is not the future. Anyone who is certain that AR will disrupt is envisaging hands-free, AR glasses.

The beginning of AR: headsets

Google Glass burst onto the scene in 2013, introducing the first pair of potentially consumer-friendly AR glasses. Even though it was a tool for development, consumers could now envisage a time where technology from science fiction could come to fruition. 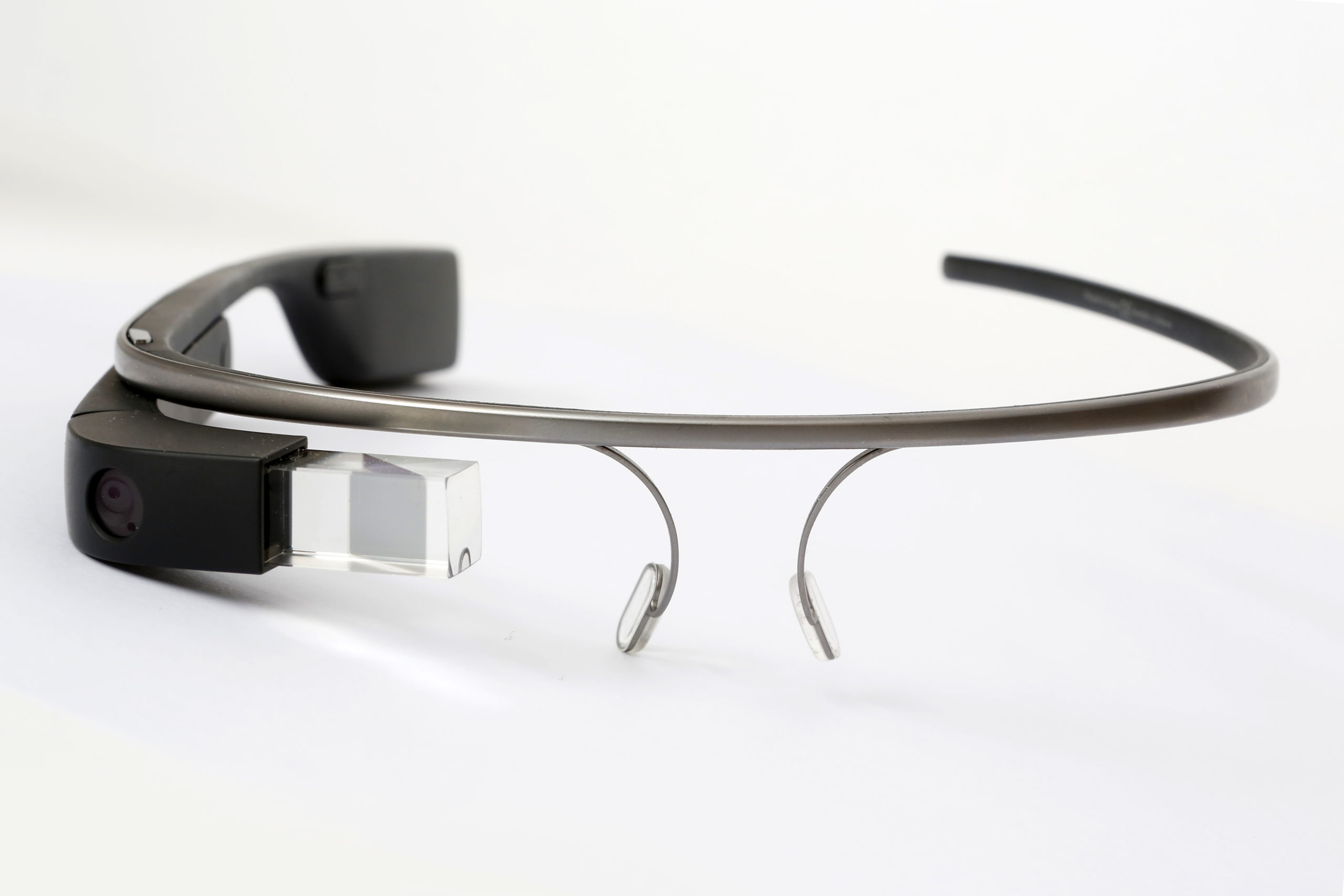 Google’s effort was arguably before its time, before consumers understood the utility of modern smartwatches, let alone AR glasses. Google Glass didn’t look like regular glasses and had a feature set that was perceived as limited at the time. Add the inclusion of a somewhat controversial camera, the questions of privacy reinforced the idea that smart glasses just weren’t ready for the mainstream.

The release of a second version, however, shows the idea still had merit. Between these releases, Microsoft’s attempt at augmented, or mixed, reality saw the release of HoloLens, a casque which filled the wearer’s entire visual field. 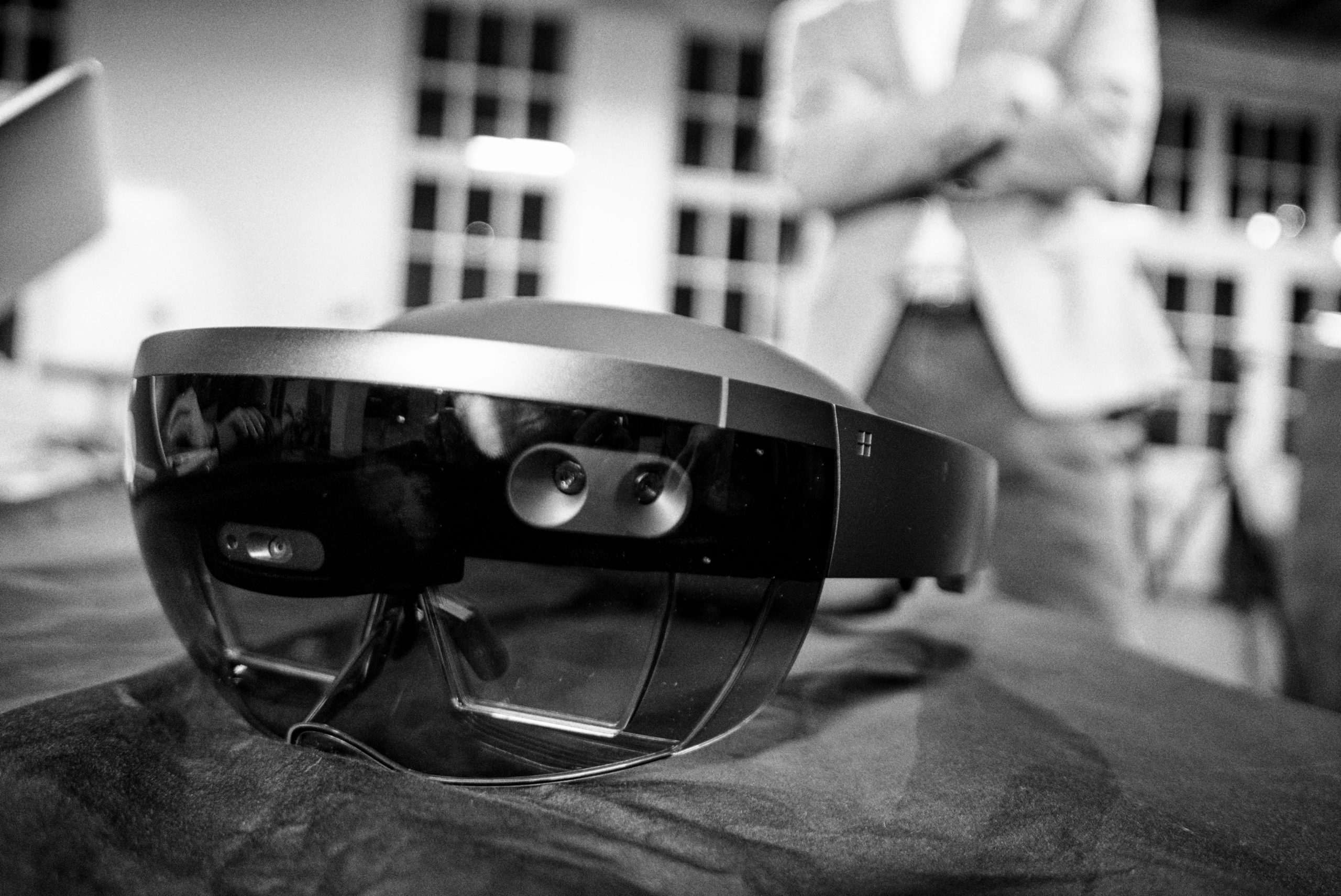 Microsoft was tackling the dream from another angle, putting more computational power within the unit, coming closer to virtual reality (VR) implementations. The result was clear, the device gave the user a virtual world to interact with, but came with a caveat of being an at-home device only, due its size and design.

What Google got right was the size and wearability. Microsoft got the functionality and the power. They key now is to balance both whilst also factoring in fashion.

The first mainstream product isn’t necessarily the first product in the market, the first real pair of AR glasses will be ones considered by a regular person, not tech nerds.

Starting with the frame, it would need to be small and light enough to even be considered. I imagine to achieve this, the majority of the processing power would likely need to reside in another device, like a phone or a watch. Ming Chi Kuo reported that generic-looking frames could be the default, but it’s easy to see the potential of partnerships with big designer brands, like Hermès, to offer more unique styles, similar to the Apple Watch strategy.

Keeping the original Apple Watch in mind, The first pair of glasses could showcase a similar feature set: notifications and simple apps or actions, like maps and a voice assistant—again, processed on another device.

The Apple Watch covers the same bases on paper, albeit not in the same way as a proposed set of AR glasses. Even with an always-on display, Apple Watch requires an active movement to trigger interaction. The subtle removal of this could change everything: no overt gesture or awkward side-eye to trigger actions and reactions for things to appear on screen.

The implementation of apps and games changes the proposed pair of smart glasses into AR glasses. Adding overlays into your field of view—enabling you to play games on a blank table, or see useful direction prompts whilst using maps—is what will make this an industry-changing product. It feels like AR was never designed for phones and tablets, but was the blank canvas for something bigger. AR here relies on a camera to understand the environment which, as mentioned earlier, unfortunately has privacy implications. The advantage of glasses over a phone is that your eyes can be the viewfinder, so a possible solution is using a depth-sensing camera only—recognition of the environment without being intrusive.

Integrating audio into the equation completes the package. I imagine the most consumer-friendly implementation to use bone-conducting headphone technology, integrated directly in the frame. This can give audible feedback for the individual only without blocking external noise (plus it puts everything in one package).

And finally, how do you control the interface of AR glasses? I'm certain Apple, Microsoft and Google would push for voice assistants, but this doesn't fit all scenarios in reality1. Using an accompanying phone without looking would be clunky and isn't a viable option. Using Minority Report-style hand gestures in conjunction with eye-tracking technology could provide clean and precise interaction that could be intuitive.

Much like the preemptive slew of tablet-like devices prior to the iPad, other brands are launching into the space to see what can stick in an attempt to get an edge, many with questionable aesthetics. This isn't to say that these products aren't good, but given the trend of product prototypes being introduced at CES, it's unlikely that any will take the market by storm.

Whether you're a fan of Apple products or not, the power their brand has and the manufacturing prowess they possess is undeniable. Apple's version of AR glasses are almost no longer a rumour at this point, now slated for a 2022 release according to The Information. In a competitive market, products need to be distinguishable so if a brand like Apple is to release a product like this, it could come with its own unique design quirk, like the iPhone X's notch or the EarPods’ and AirPods’ white colour—an identifiable design choice visible from a black and white glyph. The iPhone versus Android style debate is far from over.

Do we want AR glasses?

Technology can be pervasive, this can be seen with the recent trends of digital detoxes and headline feature updates which concentrate on screen time and well being.

For AR glasses to be a success in society and for society, I don’t think we can wear an interface that can interrupt us at any time. We need to feel in control, activation needs to be on our side and on our terms. Doing two things at once isn’t a skill that everyone possesses, introducing a technology that could interrupt you mid-sentence or mid-action could be detrimental. We want cool tech to better our lives, not distract us.

AR glasses are not going to replace phones yet, we’re not going to browse the web whilst staring off into the distance. Glasses should be an aid, something that provides useful information at a glance. Practically speaking, it’ll be a nice-to-have piece of tech that requires charging like everything else.

I’m more than eager to test the future by replacing my glasses with their AR variant and seeing where the technology goes, and how it can be adapted to all sorts of industries. Then we can talk about the future’s future: AR contact lenses.